Skip to content
HomeBlog[Solved]Error: The Windows Component Server-Gui-Mgmt-Infra isn’t installed on this computer.

Hi Guys, this was first time to install Exchange 2016 on Windows Server 2016. I thought it would be quite easy to get install with only the per-requisites, but suddenly on the ‘Readiness Checks’ I got the hiccup for the installation process.

Error: The Windows component Server-Gui-Mgmt-Infra isn’t installed on this computer and needs to be installed before Exchange Setup can begin. 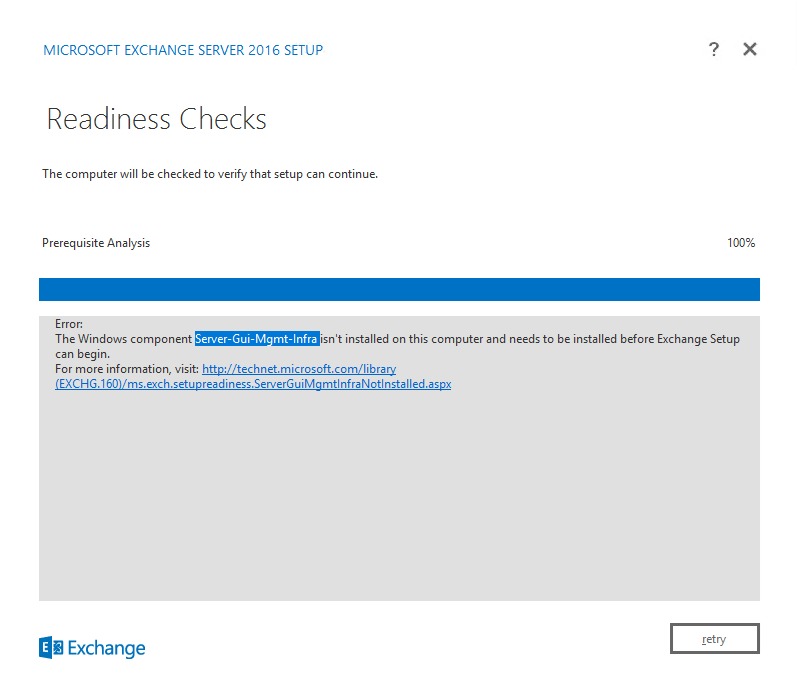 I tried to get install Server-Gui-Mgmt-Infra, but that has already been removed from the Server 2016 Version 1607 (OS Build 14393.693). Looking to this I figured out the issue was not with OS, this must be something with Application.

Hence, I went through the Cumulative Update(CU) for the Exchange server, found that CU 4 is the latest. Unlike previous CU updates, this CU Updates are not only update but also the installation file to install Exchange server. Hence, I downloaded a newer version of CU greater than CU4 i.e. CU 4 for Exchange Server 2016 (KB 3177106)  or any latest CU of Exchange 2016. eg. Cumulative Update 8 for Exchange Server 2016 (KB4035145) 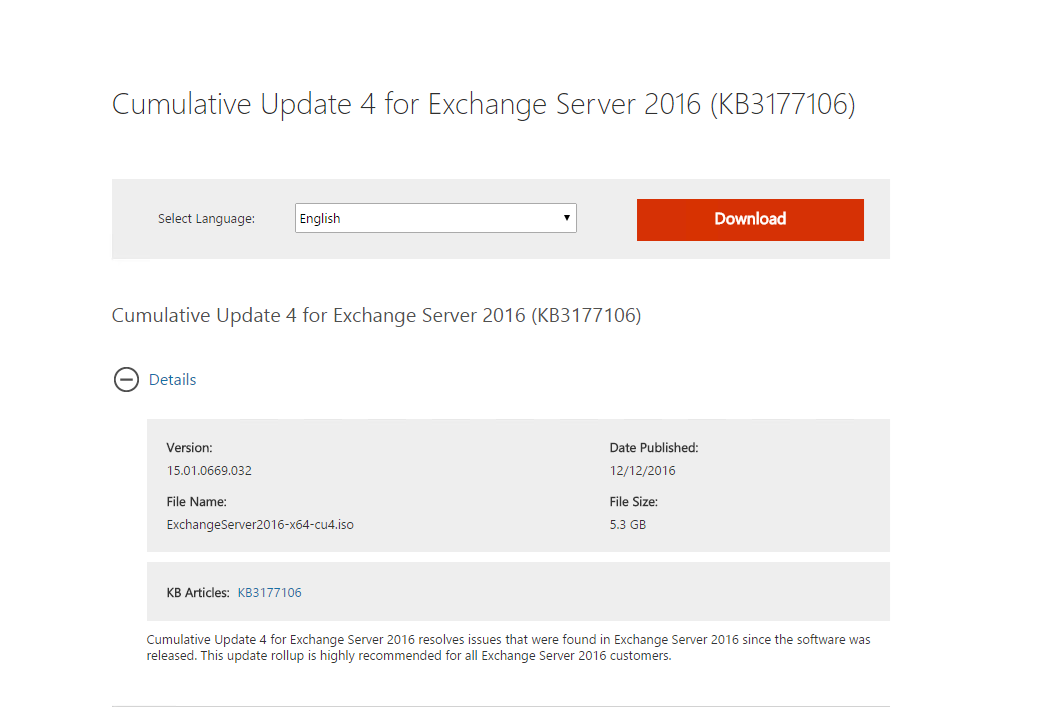 And tried again to install the Exchange 2016, and yup it is working 🙂 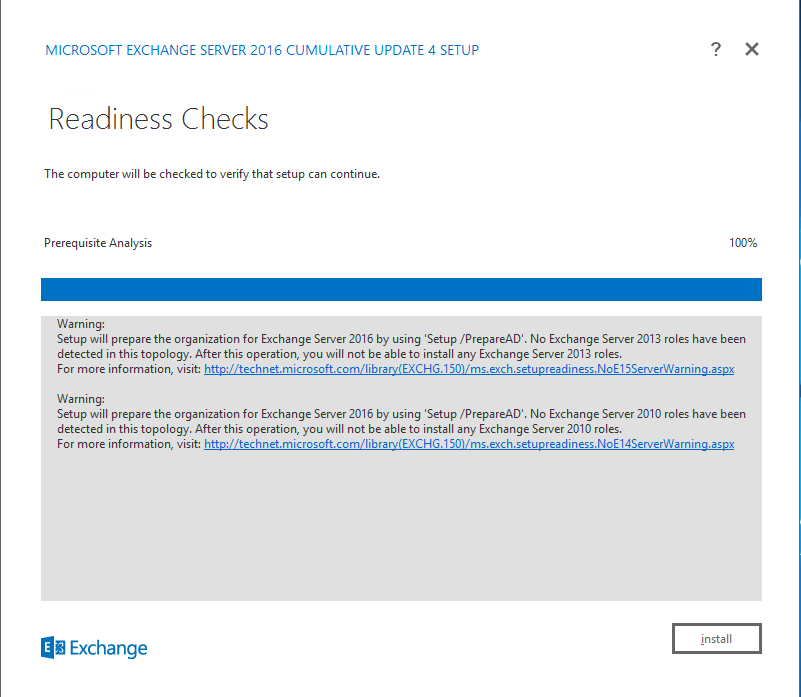