Month of May has been started with “THE MVP Challenge” on Three (3) category including Microsoft 365 Challenge. As my directions were on Microsoft 365, I was to choose it and explore to get new learning. it was awesome journey to finish 49 modules related to various Microsoft 365 Applications with wide range of knowledge
Read More

Allowing Guest users to access the Azure Active Directory might be one of the compliance issues for the organization. Although, It’s great that the Guest users member of M365 Groups can access the resources like Plan, Sites, and Teams. When we talk about the Guest users, we always try to limit the access to these
Read More 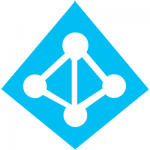 Security has been one of the most concern topic since very long in IT industry, but now it comes with transparency. Everyone wants transparency with the system logs. Looking a part of transparency, Azure AD has been provided by new feature to get report of your sign-ins. It seems to be like normal and reactive
Read More

Hi colleagues, with the COVID-19 situation there has been acceleration in the development pace of Microsoft Teams. And in Microsoft Inspire, MS Teams has been a hero application focused by all other tools. So, to make it more efficient Microsoft Teams team has brought new update on Teams desktop application. This is a kind of
Read More

Microsoft Teams has been of the most used Enterprise Communication application, and with its new feature it is becoming smarter as well as fun. Whenever we sit in the video chat, it always shows our background which might be sometime lousy. Hence to over-come this Microsoft Teams came with Custom Backgrounds.
Read More

Since 1997 Microsoft has introduced the recipient limit in Exchange Server. This is the limit of user to send single email including CC and BCC. By default, recipient limit in office 365 has been set to 500. Which users didn’t have any control of this settings. Since January 2020, admins do have Customizable Recipient Limits
Read More

In Early November, Microsoft has launched Office Mobile app addressing its customer for unified Office application. This application consists of Word, Excel and PowerPoint integrated with Office lens too which I have mentioned on my blog posted in November. And that time it was just for those users who want to get this experience and
Read More

Microsoft Teams has been one of the most popular apps in office 365. This was a long back people has been asking to increase the no. of membership in Microsoft Teams. Earlier the number was limited 1000 per Team now it has been increased to 5000. Not only that there are also few other changes
Read More

Traditionally if any Global admin of Office 365 has enabled MFA, they need to use app password for the authentication on Exchange Online PowerShell. This has been one of the most pain for admins to expose their app password. Since this has been requested to get rid by Multi-factor authentication, Admin are now introduced with
Read More