As of we know we are Windows Server 2016 has been completely released on the market, and everyone is eager to see it’s full power. That be on the Nano mode or on the traditional server form. For me too I was and am always excited to do different kind of testing on the new version of Server, let’s say stress and compatibility testing. Past few days I was trying to create a lab environment for Skype for Business 2015 with Operating system Windows Server 2016. During my installation, I have faced few of the strange issues:Prerequisite Installation failed: RewriteModule’ and trying to share one of that on this blog. 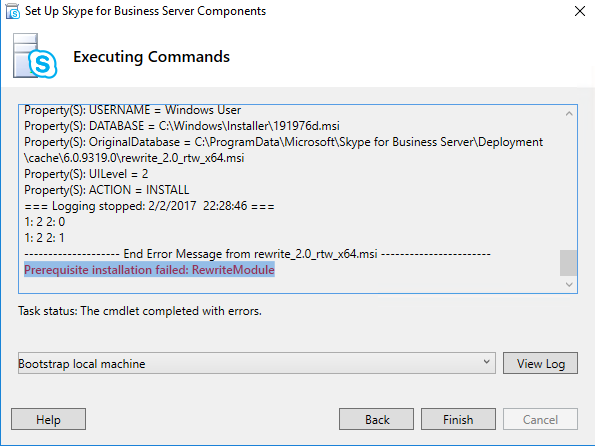 To further investigate with this issue, I checked the log of my installation. But still no luck with my log too.

On one of the blog, I found that if there comes any issue during the installation from the location

I can directly install that application. So, what I though was, why not to try this option too. Hence tried to install ‘Rewrite_2.0_rtw_x64’ manually, which was giving me an error previously.

And at the moment I found the culprit, 😀 the version of ‘rewrite_2.0_rtw_x64’ was not able to detect IIS 10 on my Windows Server 2016 and that was why it was getting failed to install the Skype for Business 2015 on my OS. 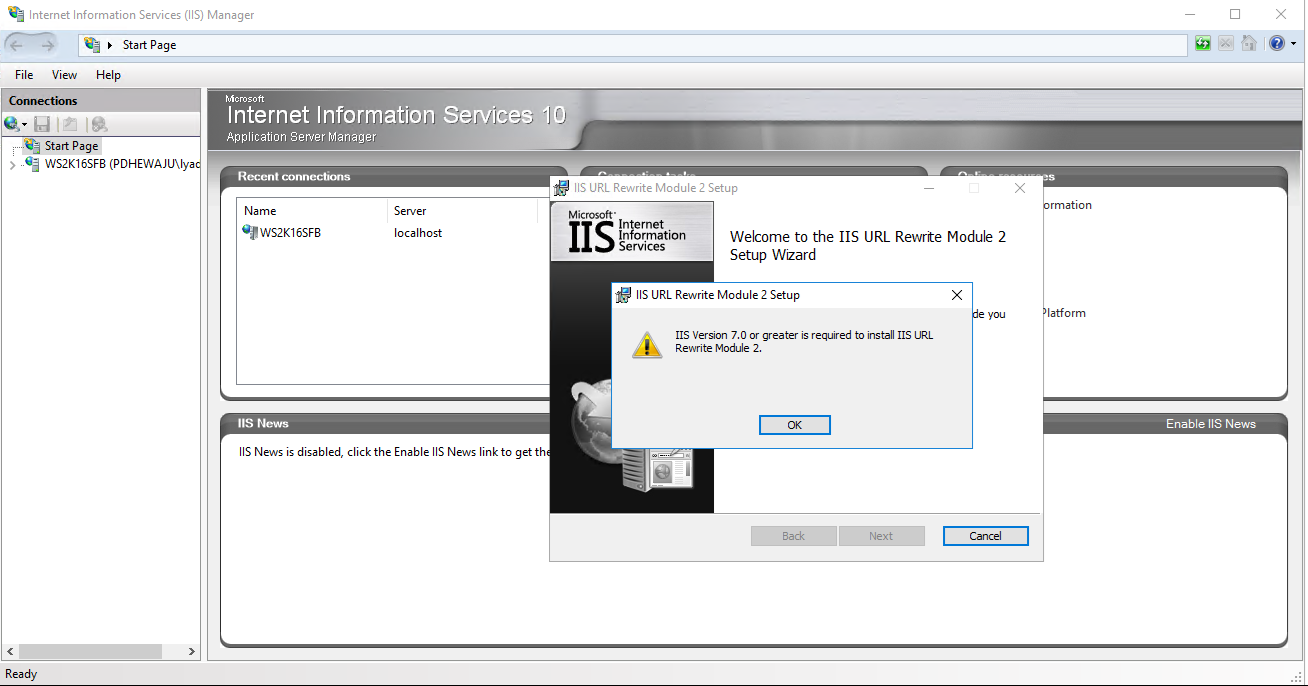 So, I quickly though to fake ‘rewrite_2.0_rtw_x64’ by changing the registry (which is not recommended but till the Microsoft release any other update this is only way I see). To fake the existence of IIS, I went to the registry key ‘Computer\HKLM\Software\Microsoft\InetStp’. On this registry, I made the change on string ‘MajorVersion’ to 7 from 10. 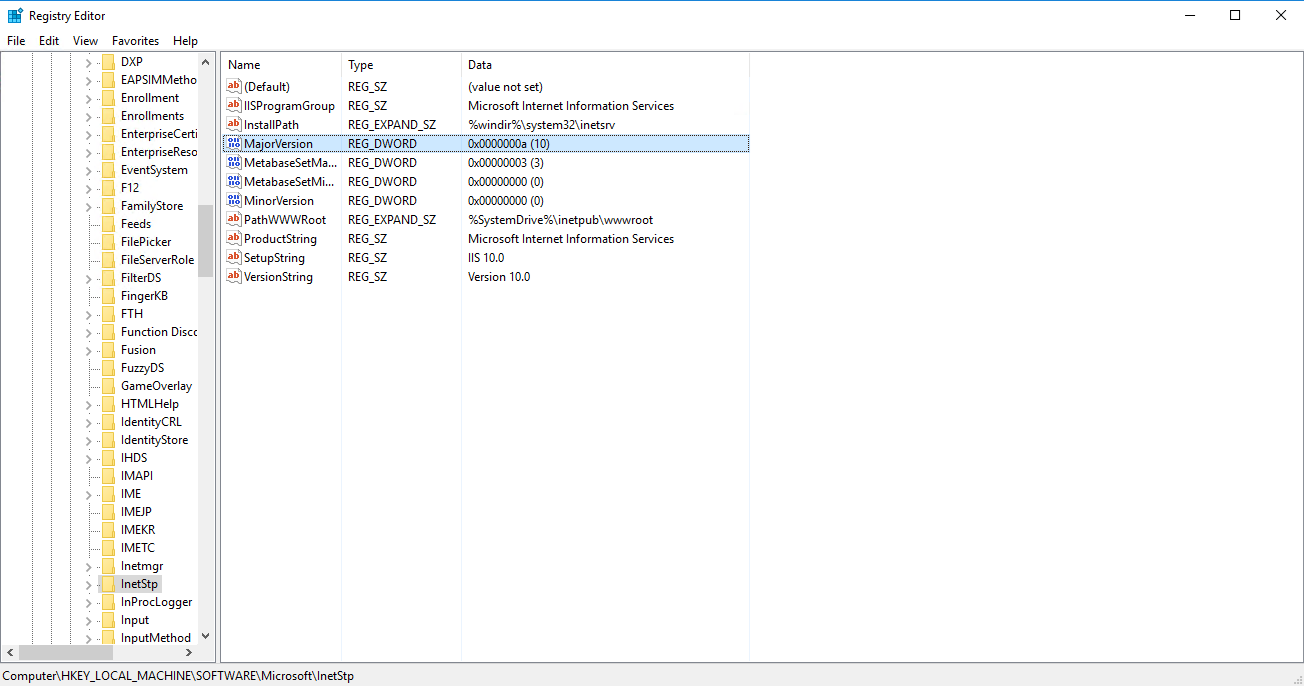 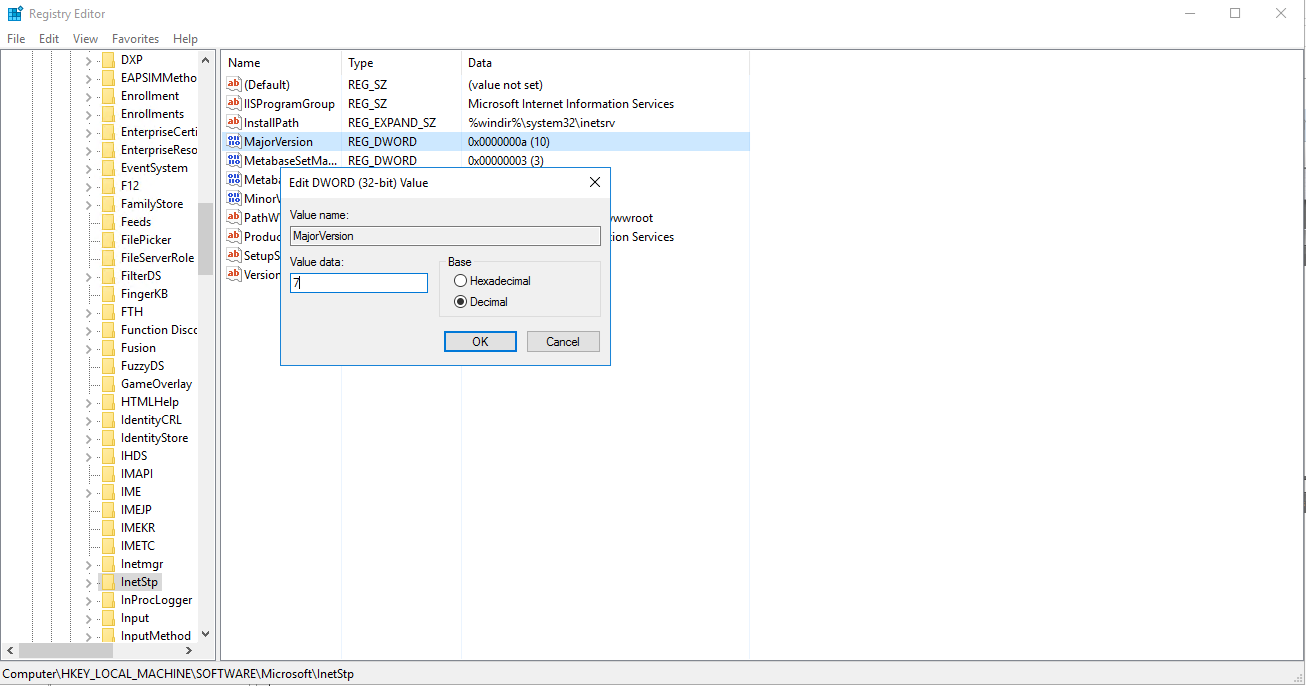 Once the change was done, I tried to get install the Skype for Business 2015 again. And viola, it is working…. J 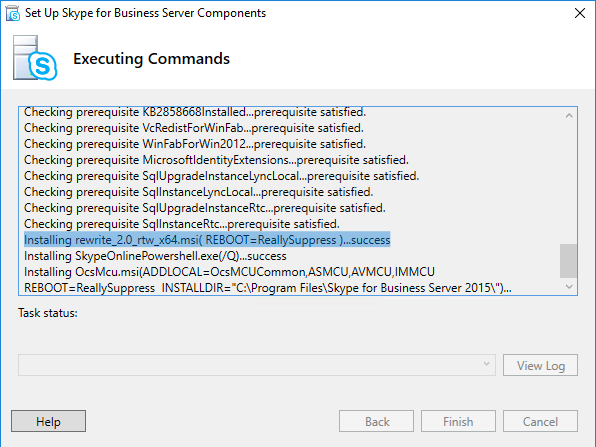 And I got SFB 2015 installed successfully. 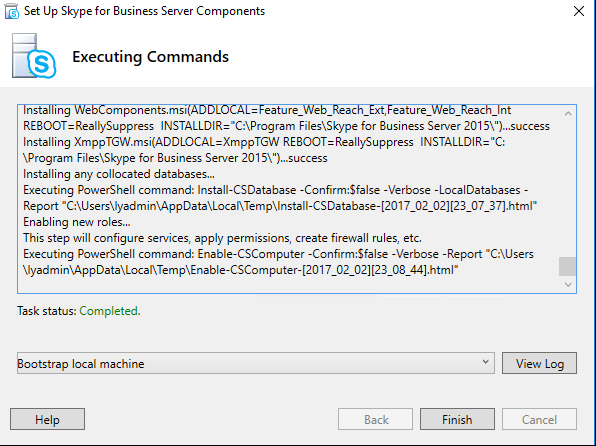 But, don’t forget to revert back your registry key once you are done with the installation of SFB 2015.

Phew.., that was hell of issue never thought of… any way I hope this will make you day..:D

Keep following this blog will be posting SFB 2015 standalone Installation Step by Step on Server 2016. Have a great day…